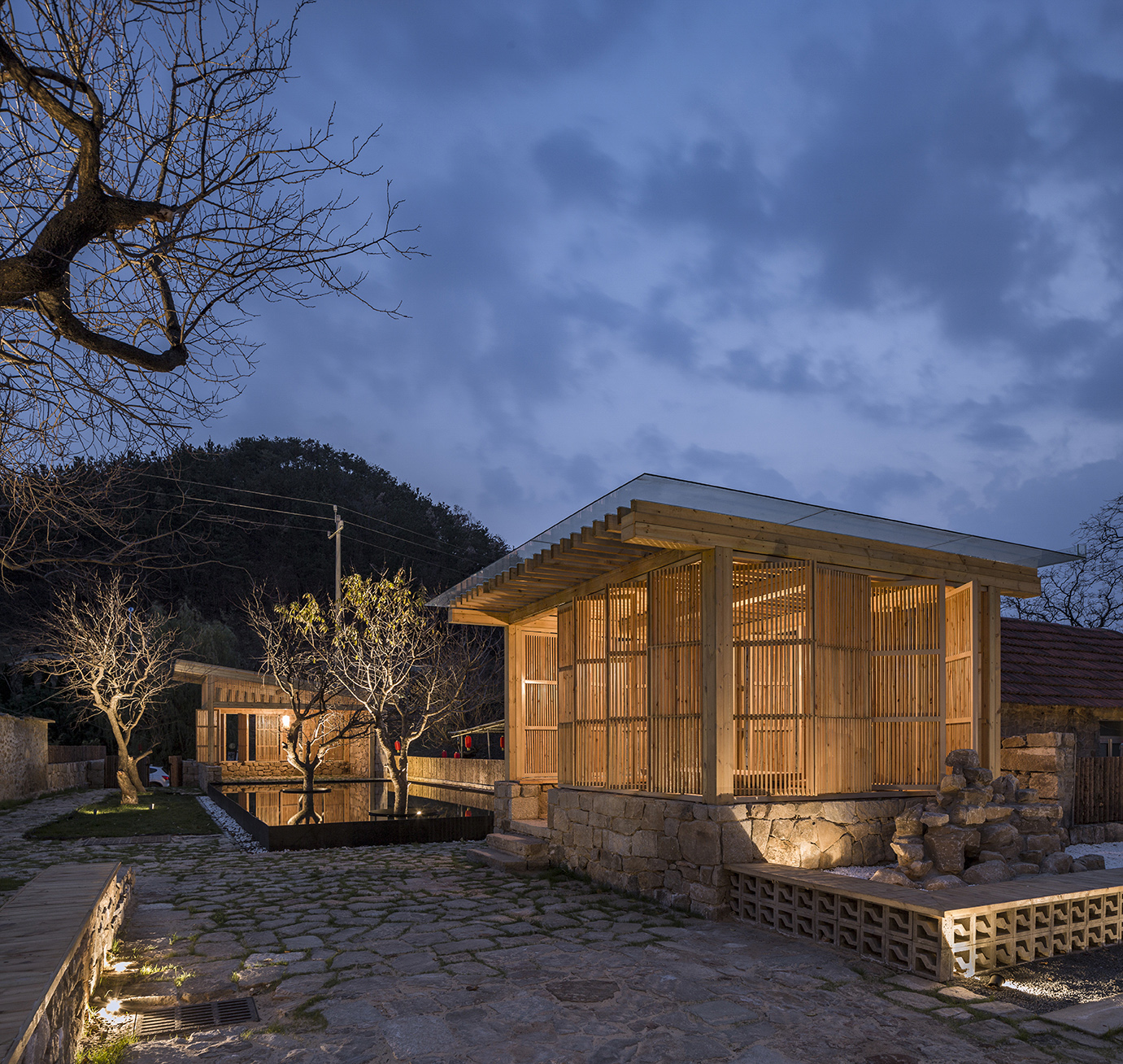 The adaptation project is based in Wangjiatuan Village, Weihai City, Shandong Province of China. On the one hand, the 100-year-old village has preserved its original layout well, with distinctive traditional scenarios and great cultural and tourism value. On the other hand, agricultural decline and resident relocation have left behind many vacant houses, leading to a village with the apparent lack of vigor and vitality. The topic that the project intends to address is how to improve the living environment, drive industrial growth and revitalize the village while retaining its rural scenario and local characteristics, and how to meet people’s need for a delicate lifestyle while increasing villagers’ income. There may be a possibility to achieve this goal through designing.

Like what happened to other three groups of buildings for adaptive use accomplished in the village, Persimmon Garden is also a dwelling adaptation project. Before our designer team engaged in the project, part of the courtyard houses had been remodeled by another team. But the lack of design resulted in so poor effect that the remodeled section failed to come up with the owner’s expectation.

Reading the place was the first step to start the designing work, which was known as “practicing geomancy” in ancient China. The designer team found that the two courtyards to be adapted are far away from the village road and there was a vacant land of over 20 meters in width between the courtyards and the village road. Many fruit trees were planted in the land and there is a narrow passage between the courtyards that leads to the mountain in the back. The back mountain is covered with luxuriant persimmon and Chinese catalpa trees. There was a cleaned land near the houses where miscellaneous items were stacked up.

The original houses were typical dwellings of Jiaodong Peninsula. Neither of the one-storeyed courtyard houses is a standard quadrangle courtyard structure, with only principal rooms and wing rooms. The dwellings feature roofs built with dark grey hanging tiles and walls laid with rubbles, looking solid and magnificent. The designer team is particularly fond of the handwork beauty created by traditional masonry, which strikes a sharp contrast with numerous shoddy buildings today. Traditional masonry structures produce a sense of nostalgia while igniting people’s dream about a delicate lifestyle.

In addition to buildings, tree, mountain and stone are also key elements in the place that attract the architects more. The mountain functions as the background. Trees are important landscape elements presenting a front view. As the medium between man and nature, the stone plays a critical role in building activities.

A rustic garden in north China

It was the desire of the designer team to remodel the dwelling into a rustic village garden in north China. It should be rustic, rather than wild; a garden, instead of a courtyard. It should also be a design work with certain “literati” elements. The trees, mountain and stone found when reading the place have therefore become particularly important elements to be appreciated in a new space and to be employed to design garden landscapes. 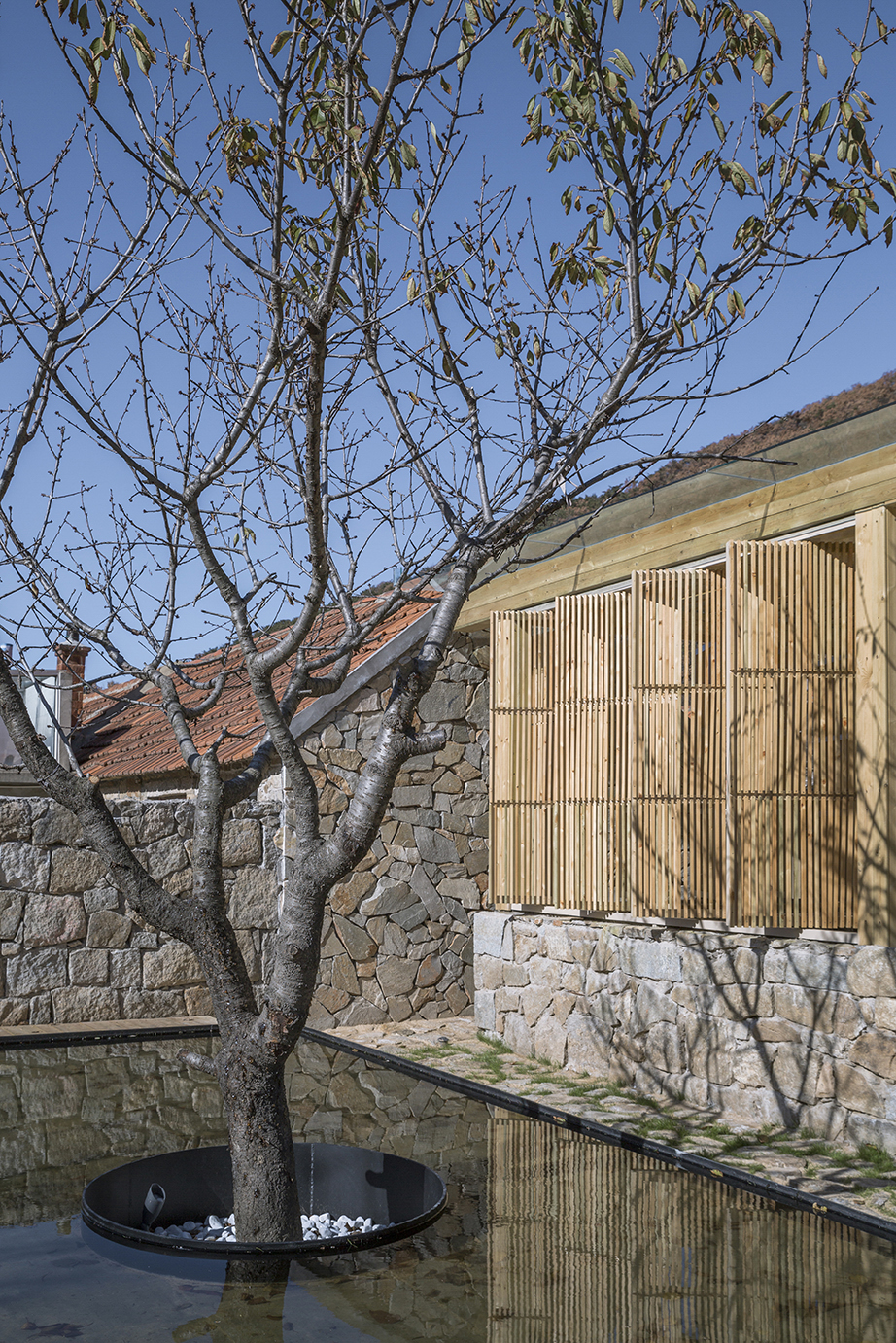 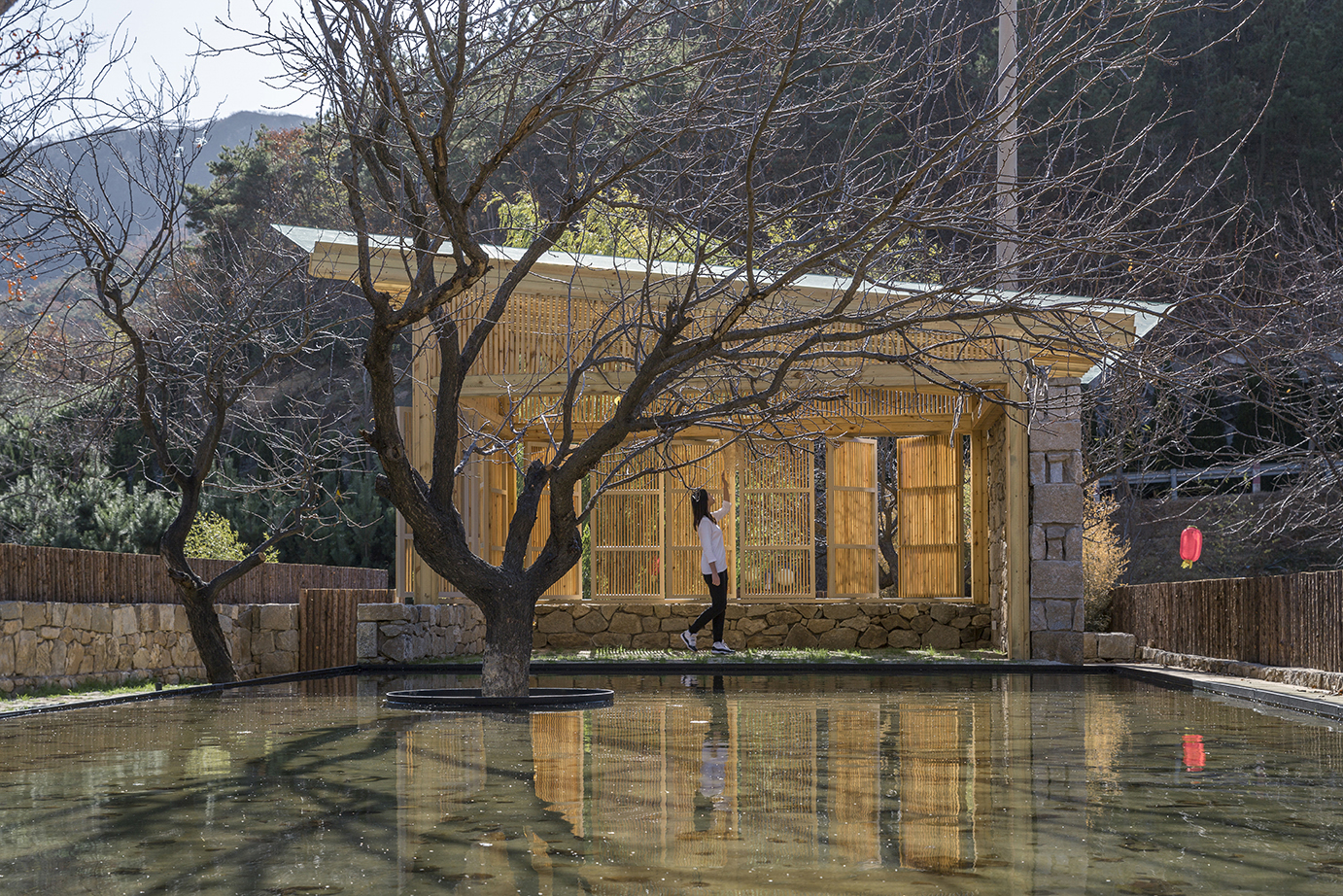 Trees were preserved during adaptation practices and provided a starting point for the designing work. According to the initial designing plan, new additions (supporting B&B facilities, such as catering and logistic facilities) would be built around the trees to form independent but inter-connected courtyards. It was intended to develop a positive-negative relationship or a relationship of viewing and being viewed among houses, courtyards, people and trees.

Regrettably, however, the initial plan was not able to be implemented due to land property rights. New additions had to be simplified and materialized in the form of pavilion, a landscape structure.

As a Chinese saying goes, “A garden would be impossible without waterways”. Water can bring a sense of spirituality to the space and effectively improve temperature and humidity of the micro environment. But the treatment of water landscapes is a challenge as winter in north China is quite cold. The waterscape in the Persimmon Garden is a shallow pool of 30cm in depth, fenced by metal plates. It is a water pool in summer and turned into a playground in winter when water is emptied and the pool is paved with sand. The trees within the waterscape are original ones. The pool was tunneled at their locations to form two holes, allowing the trees to stand out. The pool and the trees do not intervene each other while contributing to each other. 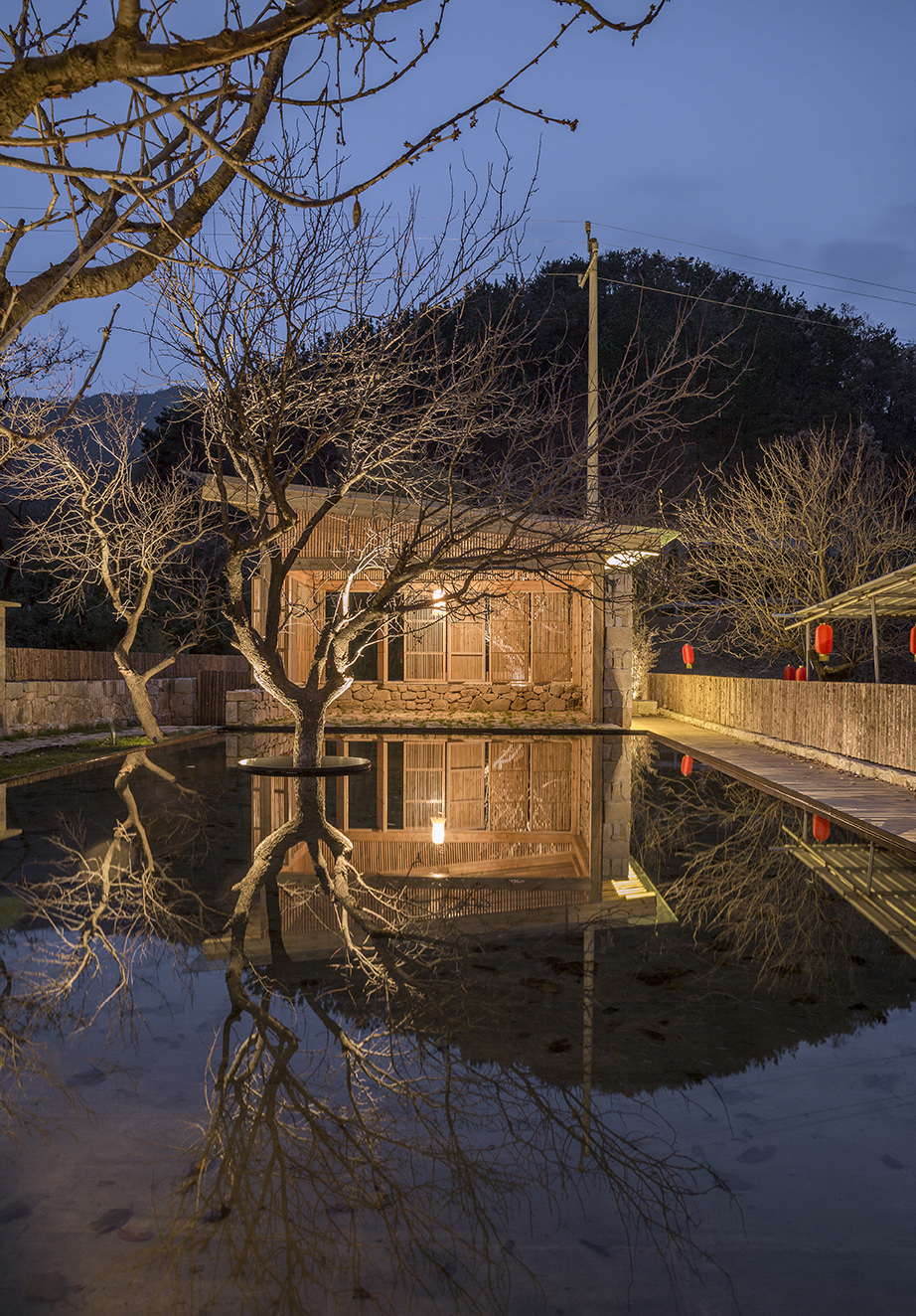 The two pavilions are new additions on each side of the pool. While providing a semi-outdoor space for residents, they are also opposite sceneries and commanding points in the space. Instead of using traditional official forms, the pavilions were designed to highlight contemporary and local features. The single-slope roof, the foundation platform using traditional masonry techniques, and window screens with lattice frames as the central axis, are full of rustic life, rather than ancient style. 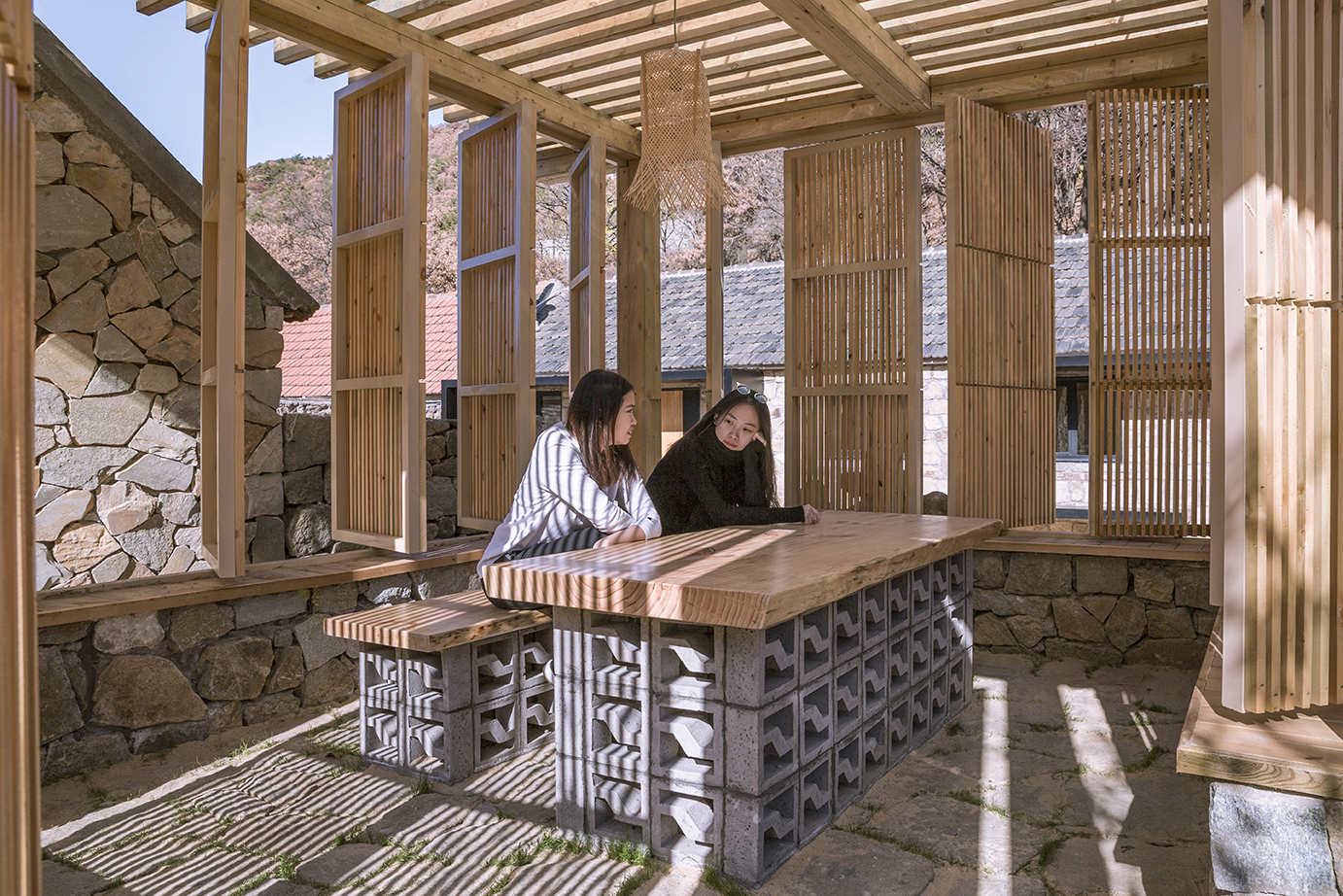 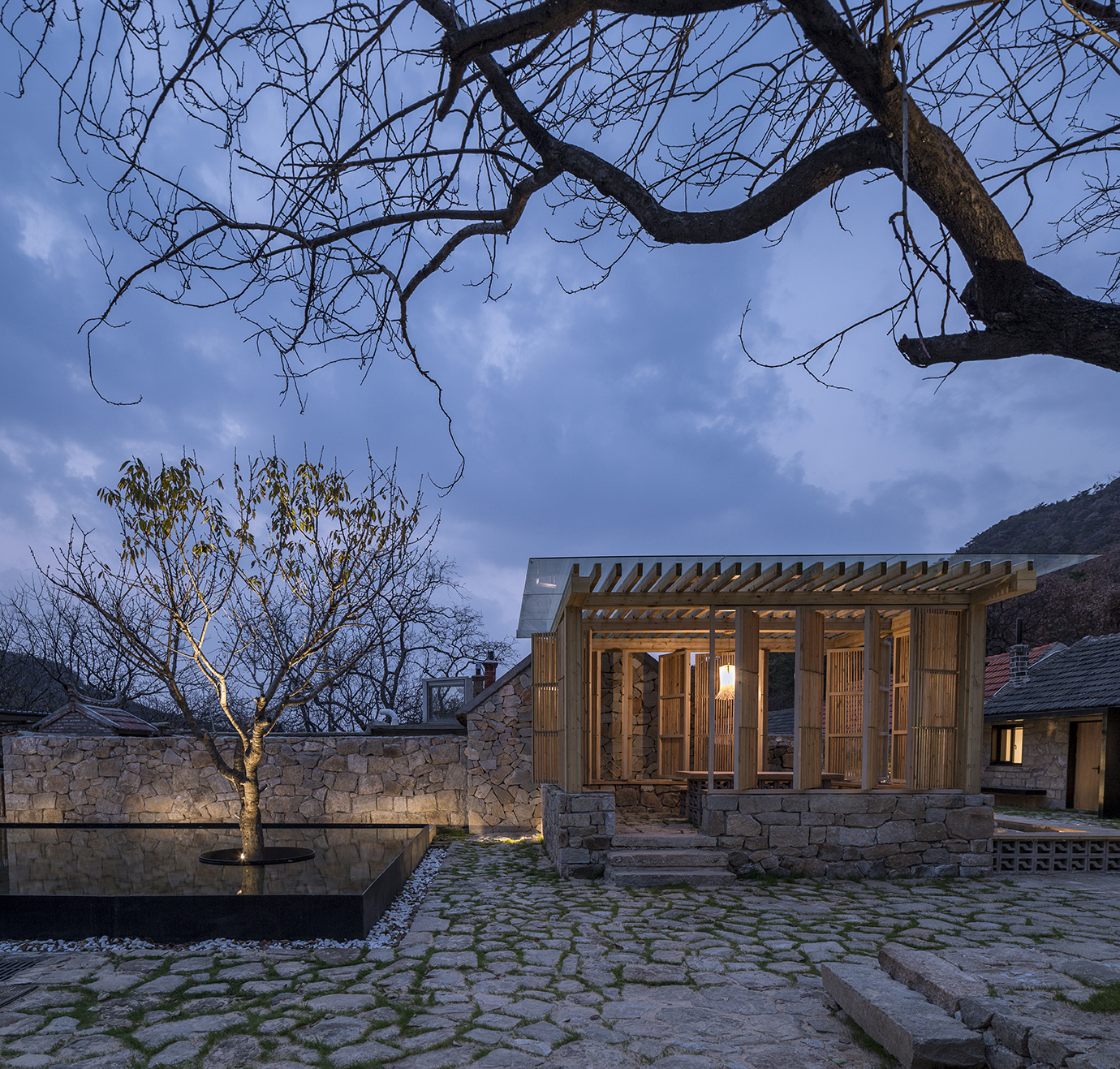 The vacant land at the foot of the mountain behind the dwellings was also cleaned and built into a back courtyard. It is a private leisurely space with lawns, Chinese catalpa trees and swings.

A dialogue between the new and the old: A contemporary presentation of countryside lifestyle

Spatial arrangement. Two original masonry dwellings have been retained in the place. They were new dwellings built by villagers in recent years, with more space than traditional dwellings in the village and a layout more suitable for living. The architects re-designed the dwellings’ spatial layout and circulation from the perspective of B&B operation. The original two buildings were divided into four independent B&B suites. Each suite has a single bed with an additional bed that can accommodate a couple and their kid. 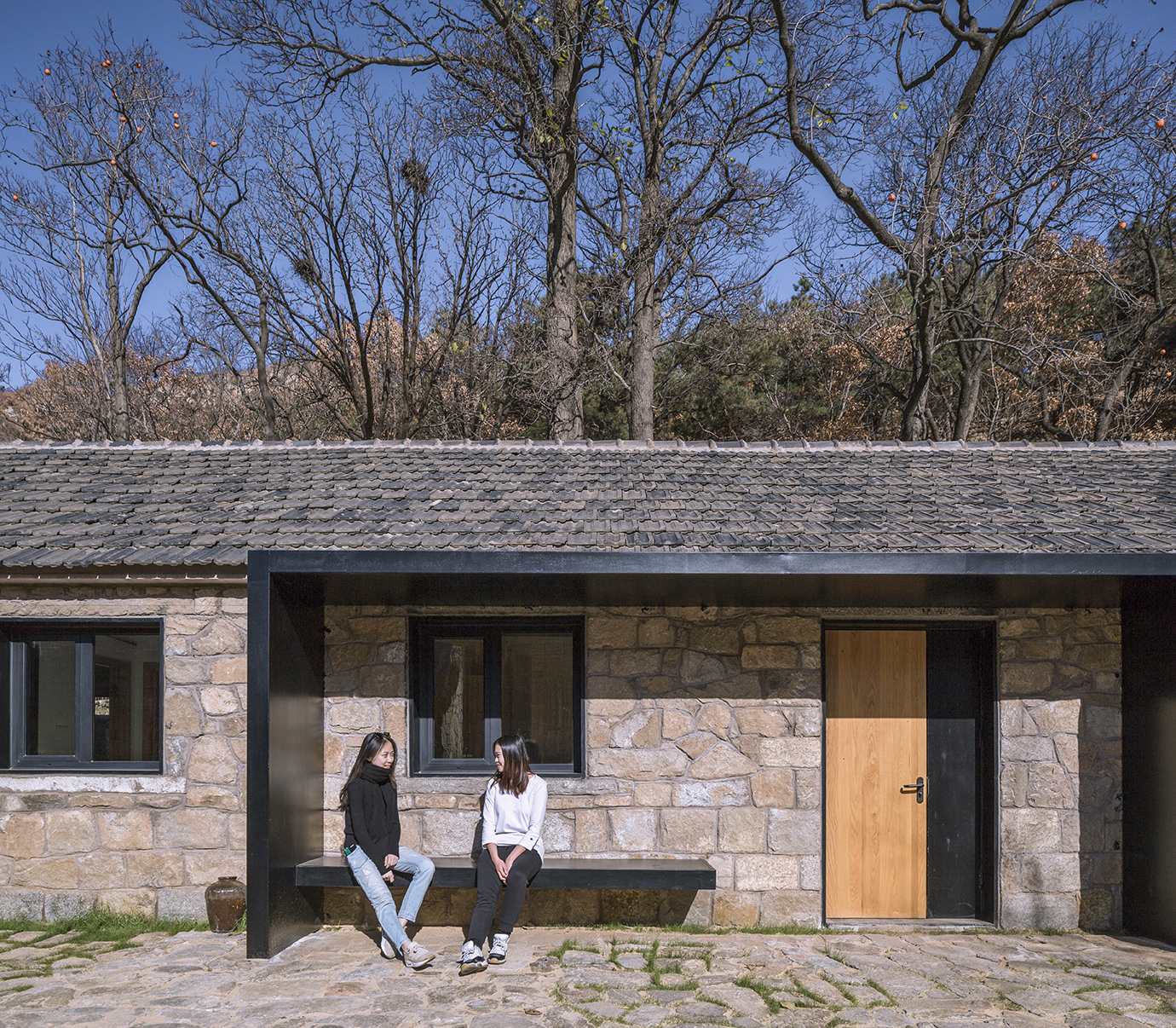 Original components such as kitchen range and heated brick bed were not deliberately retained. But instead, B&B public space was enhanced with a larger sitting room and a private bathroom which are smartly connected with each other. The original exterior of the dwellings has been completely retained, with only steel canopies and seats added to meet new functional uses.

While comfort is ensured, interior design emphasizes contrast between the new and the old as well as rusticity. The interior space features white roughcast walls, grey terrazzo floors and oak wood furniture. The simplistic and comfortable interior space strikes a contrast with the traditional exterior environment. 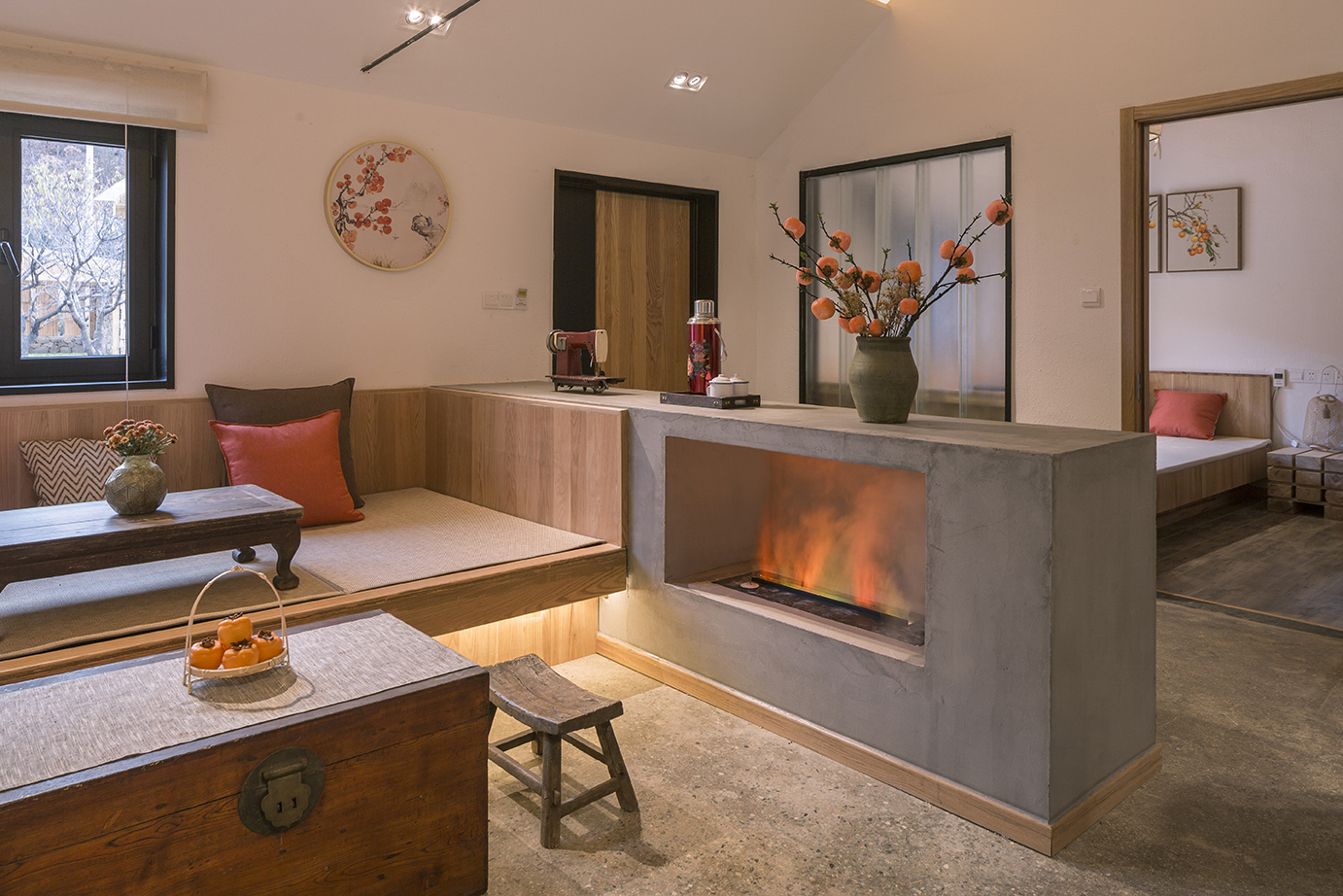 Furnishings. Persimmon red was employed as the predominant color to echo the theme of “Persimmon Garden”. Red as a popular color favored by common Chinese people has a symbolic meaning of auspiciousness and happiness, adding dynamics to the simple and elegant space. The designer team also collected numerous old furniture from the area, such as old tables, chairs, stools, cabinets and stitching machines. They were installed in spatial units to enhance the connection between the B&B space and local culture, exhibiting the theme of “rustic B&B”. 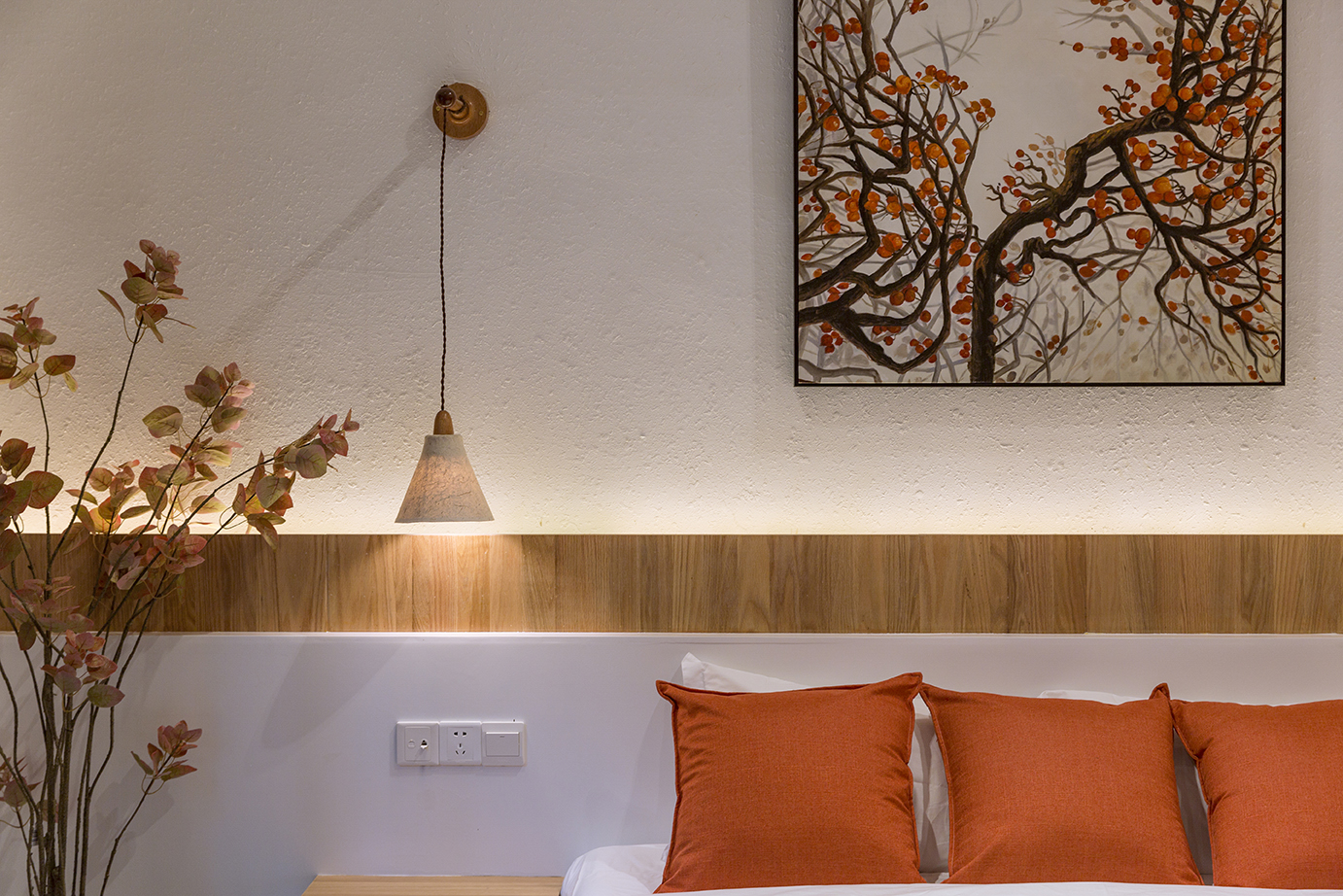 A good B&B is a place where culture, space and service are interwoven. It should exhibit local culture and rustic lifestyle and create a nostalgic environment while providing a comfortable living environment and quality services. As a pilot B&B project led by the local government, the Persimmon Garden has offered a new perspective for local rural construction: that is, to achieve the transformation from “I will do what I want” to “I should do what you want”.

After the project was completed, many people from the outside came to rent damaged or shabby village dwellings and restore or remodel them for self use or for business operation. They have become new residents of Wangjiatuan Village. Rural tourism has offered new opportunities to restore or renovate damaged or shabby houses and to revitalize the once declined village.

What do you think? 取消回复 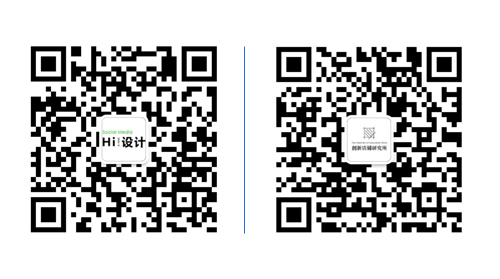 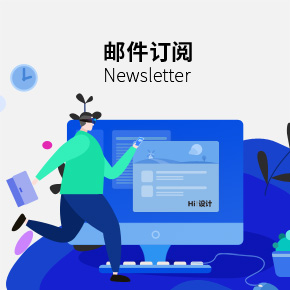 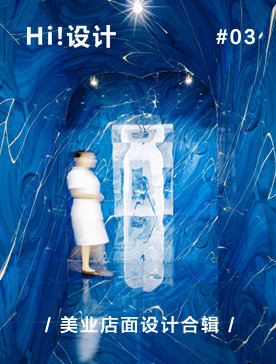